Every step of the way: SCMP emphasises Hong Kong journey

Hong Kong’s English-language daily has tackled the unprecedented challenges of recent years with a journalism-focussed campaign that reinforces brand integrity.

South China Morning Post marketing and events senior vice-president Adrian Lee says that with challenges ranging from the tumultuous pro-democracy protests that began in 2019 to COVID-19 – which impacted the city before it spread across the rest of the world – “it is hardly surprising that many of Hong Kong’s 7.5 million residents have begun to seek out reliable, trusted, and informed news sources”.

He says the 2019 Edelman Trust Barometer had 48 per cent of Hong Kong respondents saying that they find it hard to tell whether a piece of news is true or not. “So while the need for trusted news is paramount, local readers’ needs are perhaps not being fully addressed,” he says in an INMA blog.

And while trust in the media is clearly important to Hongkongers, so is how meaningful the brand is. “For a news organisation to be reputable, doesn’t it also need to report on local issues that matter, and resonate with local readers,” says Lee. 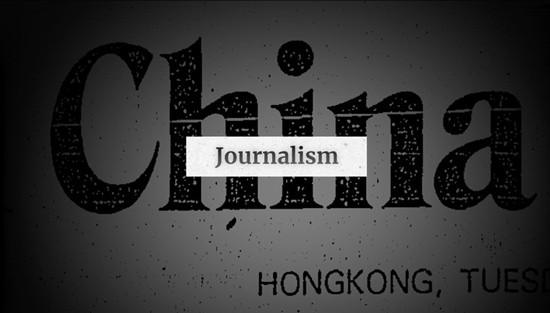 The Your Hong Kong, Your SCMP campaign recollected the city’s experiences and memories.

“We saw an opportunity to remind Hongkongers and the loyal readers of the South China Morning Post of our dedication to quality and trusted journalism, while also highlighting the legacy of Hong Kong’s 117-year old leading English-language newspaper that has covered the issues that matter to the city since 1903.”

He says that while traffic and volume have long been core measurable, in times of misinformation and clickbait, loyalty is now seen as a key metric signifying the success of a news brand. “This is especially important when a news brand introduces a paid subscription model,” he says.

The campaign highlighted the SCMP’s dedication to covering major recent events, including the Hong Kong protests.

“For a successful revenue stream, content needs to be impactful and relevant. The more relevant the content, the more value for the reader and the more likely they are to pay a premium for a brand.”

For the SCMP, building brand loyalty went hand-in-hand with the launch of a digital subscription service in August 2020. “Where better to find loyal readers than in our home city, especially when we know they are seeking out trusted news coverage?”

Lee says the aim was to ensure our loyal, local readers were the focus of the digital subscription launch brand campaign, as well as mitigate the risk of alienation by speaking directly to them. “We also understood the need to build on pre-existing brand awareness and take reader loyalty one step further, encouraging our local audience to support – and subscribe to – our journalism, by forming an emotional connection to the SCMP.”

SCMP wanted to showcase its journalism, especially its insights, analysis, and opinion.

The ‘Your Hong Kong, Your SCMP’ campaign was centred around appealing to readers and their love and pride for their home city. “The tagline helped us reiterate to our local audience that we remain dedicated to reporting on the news that matters to them,” he says.

Coverage – including stories, analysis, and features on events that impact their day-to-day lives – is at the heart of what SCMP does. To reinforce this message in the campaign, examples of what its journalism does were added. “Reporters don’t just regurgitate the news – instead, our journalism exposes, celebrates, questions, perseveres, challenges, honours, remembers, and answers. These pillars of journalism form the foundation for what drives us to be the gatekeepers of ‘The journalism Hong Kong deserves’.”

To showcase this, these lines were paired with critical, emotive, and memorable events from Hong Kong’s history. From the 1997 handover and the launch of Hong Kong’s underground system, the MTR, to the pro-democracy protests and the poignant SARS crisis, the campaign sought to remind readers that through the good, the bad, and the ugly, the South China Morning Post had “been there every step of the way” with Hong Kong.

The ‘Your Hong Kong, Your SCMP’ digital and print ads, video and dedicated scmp.com landing page – including a letter from the editor-in-chief to add a more personal touch – spoke directly to Hongkongers. “The campaign recollected the city’s experiences and memories and the role the SCMP had, and continues to have, in charting Hong Kong’s narrative,” says Lee.

The response to the campaign was “overwhelmingly positive”, Lee says. In a post-campaign brand survey, 76 per cent of local respondents said they felt SCMP resonated and was highly relevant to them.

Launched a fortnight prior to the digital subscription, and live for two weeks, the campaign achieved more than one million organic house ad and video impressions, which helped to build awareness and create brand value.

In a later survey of current subscribers, 79 per cent of Hong Kong respondents said they were likely to renew their subscription, which was a strong latent marker for brand loyalty. As well as subsequently launching brand campaigns in different, much larger markets across the world, Hong Kong readers remain our biggest revenue source and the most loyal to the South China Morning Post brand.

Watch the Your Hong Kong, Your SCMP video here.

HK-timed summit ‘first of many’ regional ventures for INMA

Magazines ‘thriving’ as readers are forced to stay at home

Half and half: How Australia’s national papers both grew readership

Airline urges vax return to ‘life as we knew it’

More to go as leaner Ovato focuses on print

NZ names Voyager to Media Awards as Canon steps back